To say that men, women, young, old, white, black, rich and poor are all the same in the eyes of God, does not mean that they are or can be all the same (equal) in the world. Women cannot be men. Women should not try to be men. Men cannot be women. They are different. Different people have different gifts, which they received from God. Some are smart; some are dumb; some are beautiful; some are ugly; some are strong; some are weak; some are wealthy; some are poor; some are industrious; some are lazy; some are honest; some are not. BUT whatever their position, those on top should not exploit the others — even though they can. "The biggest kids bully the smaller kids; the smaller kids bully the smallest kids; the teachers ignore what is happening and they all learn the wrong lesson." Is this what you want?

Woodrow Wilson said: The problem with Big Business is not that it is big. The problem with Big Business is that it uses advantages it has no right to use to get big. Or, as Emma Goldman said: Everyone in America can become a millionaire, if he is clever enough to steal the first hundred thousand. She said this at the beginning of the 20th century when a million dollars was a lot of money. It is no longer a lot of money, BECAUSE as Henry Kissinger said: Ninety per cent of the politicians give the other ten percent a bad reputation. He would know.

Equity can be defined as fairness. http://en.wikipedia.org/wiki/Equity. (In a mushy kind of way.) It would be nice if everyone at least obeyed the law and not merely those at the bottom who sometimes do commit misdemeanours like car theft, bank robbery and shoplifting, or even assault and battery. The people on the bottom are demonized and punished by those who run the system while they, themselves, go scot-free. Re-read Les Misérables http://en.wikipedia.org/wiki/Les_Misérables by Victor Hugo, or anything by Dickens. The major crimes are always committed by the people at the top because the people at the bottom don't have the ability or power to conceive or commit major crimes. The crimes that the powerful commit are so great no one notices them. They are crimes that are so great that no one can do anything about them.

Bad shepherds usually lead the flock, sad to say. The sheep are protected by God, one would hope, but they suffer nevertheless.

One hopes felons have been and will continue to be chained to the oars of a Roman galley, which they are rowing across the Lake of Fire under the lash of fiends. Forever.
Posted by Morley Evans at 10:26 AM No comments: 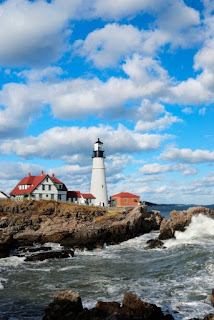 Is It All A Mirage?

Way back in back in Grade 5 (1954-55), I caught a glimpse of a vision of the new century that had dawned in 1900. History is so tidy; it has round numbers and everything. Or had things actually started in 1901?

Injustices of past Ages would be left behind. There would be "a chicken in every pot" (who said that?). Peace and Happiness would Reign. This would be The American Century, but I didn't know what it was called then, I was only seven. We were British. We were Canadians. The Nazis and the Japs had wanted to derail the train to paradise that humanity was riding on. But they had been defeated in World War One and World War Two. Here at home, I could see that things British quickly were becoming things American: Fresh and new, bright and confident was this New Age. We learned about the United Nations in school; it was in New York City, the most important city in the world. People would settle their differences amicably from now on. Of course WW I & II, The Great Depression, World Communism, Indian Independence, the creation of The State of Israel, and the Korean War had already happened. There were some blemishes and some good things. This was before the Hungarian Revolution, Patrice Lumumba, Castro, the JFK assassination, Civil Rights and Vietnam. More blemishes. No one would dream of Iraq, Iran and Afghanistan for decades. But the British had already been there, years before, pumping oil. Theodore Roosevelt (as portrayed by Brian Keith in The Wind and The Lion) is an appropriate symbol for the New Age. McKinley is even better (yet, TR was certainly a worthy successor).

Looking back, though, I conclude that humanity was not riding on an American train (that had been built by expatriate British engineers) heading to paradise. Humanity was on a train all right, but it was going somewhere else. Can we get off, now? Yes we can. The process is already underway. That also started in 1900, with McKinley.

After the train dissolves and we find ourselves sitting in the sand, we can dust ourselves off and walk somewhere else.
Posted by Morley Evans at 12:10 PM No comments: