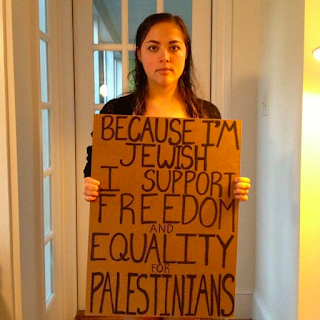 Here are a few Jews:

And then there are other Jews. They are at the forefront of fascism, racism, colonialism, hate, and paranoia. They love war.

They think they are God's Chosen People

I don’t know who you might vote for in the upcoming Canadian federal election. Frankly, I don't care:

The NDP want to fight Global Warming. The Liberals want to resurrect Pierre Trudeau. Elizabeth May is an idiot. And Stephen Harper supports terrorism:

Harper supports Booboo Netanyahu who is a terrorist and a mass murderer. Harper's first love is the State of "Israel" and he has vowed to defend "Israel" to the last Canadian. Harper is a lapdog of Washington which is the world leader of terrorism. Harper sells weapons to Saudi Arabia which gives them to ISIS also known as ISIL and now IS. Harper turned Canadian Peace keepers into American War makers. Harper supports the neo-Nazis in Kiev who took power in a coup de tat that was engineered by the CIA: They bomb and kill ethnic Russian Ukrainians to provoke war with Russia. Harper supports war and death. Harper believes Armageddon would be a good thing! Harper is a psychopath like the people who own him and tell him what to do.

Only Gilles Duceppe has mentioned some of these things. Duceppe was ridiculed by the morons who are Canada's media loudmouths. I’d vote for the BLOC Québécois if I they had a candidate here.

In addition and most importantly, Canada gets a ZERO on the report card of all of its major institutions: Canada is a failed state. Canadian Smugness is Canada's greatest achievement.

Posted by Morley Evans at 8:06 AM No comments:

The Schliefen Plan (1905) proposed that Germans must defeat France and its allies quickly so Germany could turn its full force and fury east before the Russian steamroller (паровой каток) had time to mobilize.

Whatever happens next, the US is on notice to stop playing with fire. Let’s hope, as Otto von Bismarck said, that “there is a Providence that protects idiots, drunkards, and the United States of America,” so that the Americans understand, still in Bismarck’s words, not to “expect that once we have taken advantage of Russia’s weakness, we will profit forever.”

The Teutons, the Mongols, the Turks, the French, and the Nazis all learned that hard lesson. It’s time for the US to take up Russia’s offer to join a coalition alliance to stamp out these proliferating terrorists—implicitly, instead of training and funding them until the whole scam blows up in their faces, as it’s doing in Syria. “The secret of politics is to make a good treaty with Russia,” Bismarck advised. As history shows, it is not wise to play dice with Russia.

Posted by Morley Evans at 2:37 PM No comments:

REFLECTIONS ON RIGHT AND WRONG

Some days and nights I despair. It can be difficult to think that one is completely out of sync with one’s neighbours, friends and family. My father used to say, “Sonny, you think the whole army is out of step but you.” I would reply, “It is.” I knew even as a boy that I would have no future marching with idiots. My sojourn in a Zen monastery in Kyoto in 1970 inoculated me so I could bear the hardships that would come. Depression doesn’t come often or last long. I have peered into the abyss. I am familiar with what’s down there.

Your words buoy me, Julia. You are a kindred spirit. You are pretty cute too. I would like to go someplace where I’m appreciated. I would like to come to Russia-Ukraine. Thank you for your kind invitation. I don’t know if I can manage to learn Russian or Ukrainian. I've been learning Japanese since 1970!

Einstein said we will continue to have wars until people refuse to go to war. Since war serves the interest of no one except the few at the top, it should be easy to end war. But people are easily fooled. Humans are a herd species after all. Humans follow the leader. Once in a while a worthy leader appears. Vladimir Putin seems to be such a man. Here’s an English transcript of Putin’s speech to the UNGA the other day.

Putin is an adult who has appeared on the school playground. Xi of China is another adult. Let’s hope for the best.

I am leaning toward having my cataract operations done here by Dr. Garcia. He just completed my sister’s operations; he repaired my retinal tear a few years ago; he repaired my mother’s macular detachment; he has 30 years of success behind him. I’m coming around to accept that competent and decent people can be found inside a nest of vipers — even when they refuse to see what surrounds them. No one here has a clue why it is important to admit problems, correct mistakes, and improve processes. They simply do not understand. They think everything is fine. They define Canadian Smugness. I live among the walking brain-dead.

The Soviet Union had its problems to be sure. Soviet leaders, such as Stalin, did despicable reprehensible things. (Solzhenitsyn reminds us that the Bolsheviks were not Russians. Stalin was a Georgian, for example. Master of the Cheka-GPU-OGPU and the Lubyanka, Felix Dzerzhinsky (iron Felix), was born in Belarus of aristocratic Polish descent. Lenin, Trotsky, Zinoviev and nearly all of the other Bolsheviks were secular Jews.) Things in the West were never as good as everyone believes. Like everyone, we are told what to believe by our leaders. And most of us believe them. Here’s a link to George Herbert Walker Bush.

After John F. Kennedy was assassinated in November 1963, Soviet Intelligence conducted its own investigation because the Soviets were afraid they would be framed for the crime. When they were finished, they knew who was responsible. But they knew no one would believe them, so nothing was said. No doubt the Soviets discovered that John F. Kennedy was assassinated by Lyndon Baines Johnson with the help and connivance of the heads of the FBI, the Secret Service, the CIA, the Pentagon, the Dallas County Sheriff and the Dallas Police Department. I haven't personally encountered the Texas Rangers, yet. Kennedy over-estimated his own power and under-estimated those who opposed him (namely, everyone). When he was leaving the Presidency, Eisenhower named this power in American life the Military-Industrial Complex. Today it’s called the National Security State. That's the whole kit and caboodle, folks — they've got you by the balls.

Not everyone is bad. Even bad men can do good things. Stalin murdered millions: he engineered the famine that starved more than 10 million ethnic Ukrainians; he engineered the purges. Yet Stalin rallied the people to fight and defeat the Nazis who planned to kill most of the Soviet people and enslave those who were left alive. The Soviet Union defeated Nazi Germany. The U.S.A. and Great Britain contributed next to nothing. Heres a link:

What about Hitler? It is very convenient to blame everything on one man. That absolves everyone else of blame. The Nazis began by redressing injustices from the Treaty of Versailles. Most people are unaware that Poland which had been part of the German and Russian empires for hundreds of years was recreated by the Treaty with ethnic cleansing of Germans. The other eastern European countries were created with the destruction and dismemberment of Austria-Hungary with more ethnic cleansing of Germans.) They learned about show trials from Stalin. They copied Soviet methods. Nazis created their own Gulag Archipelago. Joseph Gobbles was a student of American propaganda, advertising, Public Relations and mind-control. The Nazis learned about slavery, colonization and genocide from the British and Americans who were good at it. The Nazis learned their master race ideology from their Jewish partners, the Zionists, according to Orthodox Jewish rabbis and scholars. After the war, German generals and industrialists blamed everything on Hitler too. Hitler? Everyone made him up!

I’m off to the gym. Wish me luck. Study hard! 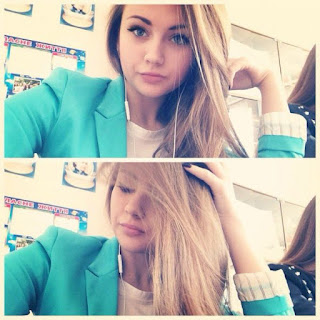 Love,
-Morley
Posted by Morley Evans at 7:11 AM No comments: