Evans Consulting Services Announced Today that all People can Dramatically Reduce the Risk of Cardiovascular Disease, Atherosclerosis, and Stroke

Juice PLUS+ can save your life:


Cardiovascular disease continues to be the leading cause of death in the United States and throughout the world with cancer running a close second. Millions die every year. Millions more are invalided and incapacitated, despite vast sums that have been spent on prevention and treatment.

Surgeries which includes balloon angioplasty, stents, bypasses, and heart transplants are stop-gap measures at best. Pharmaceutical drugs prescribed to lower cholesterol, lower blood pressure, and correct arrhythmia create other problems for patients. Hundreds of diets and supplements have been recommended and new ones come out every day. People are bewildered.
Currently, seven to thirteen servings of fruits and vegetables a day are recommended for good health. There is no substitute for the essential ingredients they provide and more is better. These foods need to be harvested at the peak of ripeness and consumed immediately to deliver optimal nutrition. A wide variety must be included daily. Meeting these conditions is a serious challenge. The fresh food in the supermarket has traveled thousands of miles. It is a miracle of modern food handling but it is deficient.
Supplementation with the whole food nutriceutical Juice PLUS+ is essential to add to the fruits and vegetables one does consume. Juice PLUS+ is 17 encapsulated fruits, vegetables and grains. Vineyard Blend which has encapsulated berry and grape concentrate is recommended too. The stringent quality standard of Juice PLUS+ is guaranteed by NSF testing. The FDA inspects Juice PLUS+ facilities. Independent research by medical scientists in world-class medical centres and universities around the world is published in peer-revieved scientific and medical journals.
Juice PLUS+ reduces the risk of Coronary Heart Disease in a study at the University of Sydney NSW, Australia.
The University of Foggia, Italy reports:
http://www.nrjournal.com/article/PIIS0271531703001337/abstract
Heart Health and Juice PLUS+ http://teamjp.net/health/heart.shtml

Thought for the day:
"This is a one-horse town, a place where everyone thinks he's the jockey."

Statin Drugs do nothing to benefit anyone except the pharmaceutical companies who sell them and the food industry that cashes in on the ignorance that has been cultivated with bogus studies and advertising. The cholesterol hoax is the biggest money maker medicine has seen yet. Stupendous fortunes have been made selling this poison (Statin Drugs). Statin Drugs are a public health menace. Unfortunately, the pharmaceutical industry has effectively shut down its opponents with tort reform and the Daubert Opinion, but you can still learn much here:
http://suestatins.com
and here:
http://www.ravnskov.nu/uffe.htm

Tell your patients to stop taking Statin Drugs if they are taking them now. Tell them to forget about lowering cholesterol. People with low cholesterol die. Health and vitality come from good nutrition and exercise, not drugs. By-the-way, sugar, not fat, is the cause of Morbid Obesity, Coronary Heart Disease, Diabetes, Dental Caries and Cancer. Fruits and vegetables (as are contained in Juice PLUS+) reduce all risks.
http://jn.nutrition.org/content/133/7/2188.full.pdf
and here:
http://www.nrjournal.com/article/PIIS0271531703001337/abstract

You need fat to metabolize the micronutrients these foods contain. You need fat to be healthy. You don't need sugar for anything, yet the so-called food industry puts it in everything — even meat (after they've removed the fat). People avoid fruit and vegetables, eat crap, and then go to a doctor for drugs when they get sick. The funeral industry is happy.
http://www.foodpyramid.com/6-essential-nutrients/
and here:
http://www.naturalhealth365.com/food_news/micronutrients.html

Posted by Morley Evans at 8:21 AM No comments:

Place not thy faith in the works of Man, lest ye be enslaved.

The First Sunday of Lent teaches:

Luke 4:5-8
4:5 Then the devil led him up and showed him in an instant all the kingdoms of the world.
4:6 And the devil said to him, "To you I will give their glory and all this authority; for it has been given over to me, and I give it to anyone I please.
4:7 If you, then, will worship me, it will all be yours."
4:8 Jesus answered him, "It is written, 'Worship the Lord your God, and serve only him.'"

The devil tells Jesus that it (the glory and authority of all the kingdoms of the world) has been given to him and he gives it to whomever he pleases. Who, then, is the master of these "kingdoms of the world?" We are taught that the state will protect us because we control the state in a democracy. We are also taught that religion is the root of evil. "Religions cause war," say the wise. Faith in religion has been destroyed by incessant war and replaced with faith in the secular state and in "freedom and democracy." We are urged to kill for peace. The motto of the Strategic Air Command with its plans to annihilate 2/3 of humanity was, "Peace Is Our Profession." Today, TV advertises for recruits with, "America's Navy: A Global Force For Good." The U.S. dollar says, "In God We Trust." Not a chance. Do we not understand that secularism is a religion and war is its hand maiden? Secularism is an anti-religion. Whose religion could it be, then? Who have we been following? Since 1900, all the kingdoms and empires of the world have been destroyed in a never ending bloodbath, leaving only the empire that thinks it is not an empire (and the few who control it) supreme over all the earth. With the other kingdoms and empires vanquished, we wage war on the people left who have faith in religion and God, Muslims.

This is the New World Order, right now, today. We made it ourselves.
Posted by Morley Evans at 6:18 AM No comments:

http://en.wikipedia.org/wiki/Islam
Posted by Morley Evans at 1:29 PM No comments:


According to the Unknown News, the most conservative estimate is that almost a million people have been killed so far in Afghanistan and Iraq since 9/11. Many many more have been maimed and displaced while their countries have been destroyed. A little farther away, Libya was destroyed so its people could be free of the hated dictator Muammar Gaddafi who had the temerity to defame the State of Israel in a speech at the United Nations in 2009. Tsk, tsk. Syria is currently being destabilized to destroy the hated regime of the Assad family which coincidentally is also a foe of the State of Israel. To make matters worse, Syria is allied with Iran, Hamas and Hizbollah who mightily worry the "Jewish" State and the United States. Iran is backed by Russia and China. Before Saddam Hussein was destroyed and Iraqis were liberated by two Gulf Wars, an estimated 500,000 Iraqis were killed by the Bush/Clinton/Blair sanctions. Millions have paid the price for something they did not do — for something they are not even accused of doing. Three thousand paid the price on 9/11/01 for something someone else did, not the Afghans nor the Iraqis. This violates anyone's sense of justice.

Posted by Morley Evans at 2:15 PM No comments: 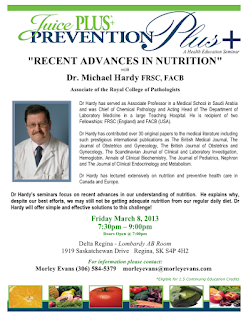 Posted by Morley Evans at 7:14 AM No comments: 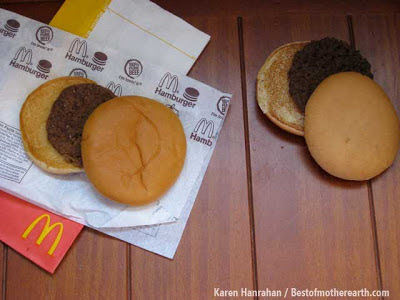 My friend, Joan, has a Big Mac (with fries) that is six years old. No refrigeration. No decay either. It is a miracle of modern fast food technology. But is it food? Microbes won't eat it. Microbes are too smart to eat it. Should you eat it? What is it anyway?

Medicine Is A Racket


Here in Saskatchewan, belief in doctors is very strong. This has been cultivated  for over half a century by the government which is currently making "historic investments in healthcare"* and by doctors themselves. Saskatchewan was the birthplace of "Canadian Medicare" in 1961. They are so proud of "universal healthcare". People endow doctors with magical powers. People believe doctors perform miracles. Some doctors do good work, sometimes, but other doctors are hacks and quacks. There is no way to tell good doctors from bad doctors. Doctors spend ten or twelve minutes with a patient, talk wise, tell a joke, write a prescription, send a bill to the government and — most importantly — tell the patient to make another appointment in a couple of weeks when the patient will be sicker after taking the prescription he was given at the last visit. While his previous complaints may have improved, he will have new symptoms. At that time, some tests can be requisitioned and referrals to specialists can be made. X-rays are always useful. Pretty soon the patient may be very ill. He will be taking several pharmaceutical drugs, each with its own "side effects". Doctors diagnose everything about a patient's condition almost instantly. Doctors seem to read minds. Doctors seem to have X-ray vision, like Superman. This skill is practiced by fortune tellers, psychiatrists, confidence men and other swindlers. Medicine is a racket.

* Pouring money down a rathole only keeps the rats happy. It solves nothing while making everything worse.