I’ve been learning a little about Wales about which I know next-to-nothing.

I know that Wales was defeated by Edward I (Longshanks) in 1284 after which England began colonizing Wales. Castles were built to keep the Welsh under control. For some unknown reason Welsh longbow archers volunteered their services which Edward I used to defeat the Scots. This all began in 1066 when William, Duke of Normandy (a Viking), defeated Harold at the Battle of Hastings. In fact, we should not lose sight of the fact that the process of colonizing the British Isles continues and is not resolved to this day — a thousand years later.

At the Battle of Stamford Bridge, Harold, the King of England, slaughtered a large invading Viking army from Norway. This occurred only a few days before Harold lost his kingdom to William, Duke of Normandy, (another Viking) who changed the course of history on October 14, 1066, at the Battle of Hastings.

These are our ancestors. They were not nice people. Our ancestors were among the most violent people on the planet which is why we are the top dogs today and have been at the top for over a millennium.

My paternal grandfather was English, though my Aunt Charlotte, who was born in Bangor, Wales, said A.W. Evans’s ancestors must have been Welsh because his name was Evans. My Mother’s mother’s name was Bruce. Their family legend maintains the Bruce are direct descendants of Robert the Bruce whose ancestors arrived in the British Isles with William I in 1066 when the Bruce were les Bruc. My Bruce ancestors emigrated from Enniskillen in Ireland to Canada around 1900. They must have been descendants of Scots who were put in Ireland in the 17th century by William of Orange to keep the Irish under control. Since they had neither money nor power, my Bruce ancestors must have descended on a line that did not inherit, unlike James Bruce, the 8th Earl of Elgin, the 12th Earl of Kincardine, KT, GCB, PC, and the 42nd Governor General of Canada.

William the Conqueror was assisted by many in France who wanted a piece of the action. Notable were the Frenchmen from Brittany. They were Britons who had been displaced from the British Isles by the Saxons, a Germanic tribe like the Angles. The British descendants of the Angles and Saxons are called AngloSaxons. The original Britons were the Celtic tribes but they may have displaced someone we don't know about yet. The Vikings too were descendants of Germanic tribes who had moved into Scandinavia early in the Dark Ages, displacing people who were there.

What happened to the Vikings? They became the Normans, then the English, then the British. After William the Conqueror had colonized the British Isles and established an iron-fisted feudal system, he and his successors ran England from their base in Normandy — which also controlled half of France until the fourteenth century when the French began to reclaim their country. The Vikings settled Iceland, Greenland and Newfoundland. The Vikings established a trade empire with Constantinople, founded the Ukraine and gave their name, "the Rus", to Russia. The Vikings entered the Mediterranean at Gibraltar, captured Sicily, the southern half of Italy and setup a kingdom in present-day Lebanon. The Vikings waged war on the Muslims in the Crusades.  Vikings and their allies are in business today. They have been operating the empire since 1901 from Washington, DC, as Americans.

The Prince of Wales and the Royal Honours.
Early Britain

Posted by Morley Evans at 9:36 AM No comments: 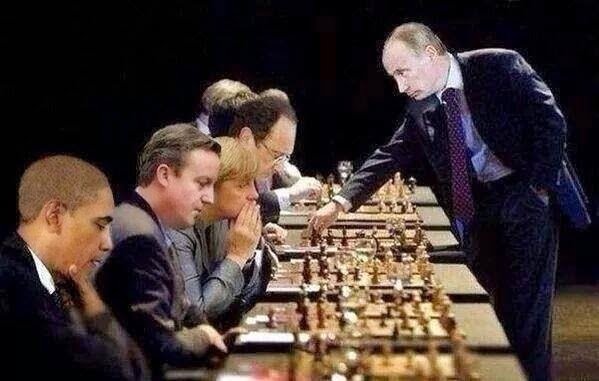 Posted by Morley Evans at 12:48 PM No comments:

TEXAS MEDICAL BOARD BULLETIN
The newsletter of the Texas State Board of Medical Examiners
Fall 2004 Volume 2, No.1
On the Sagging of Medical Professionalism
by Herbert L. Fred, MD, MACP

For the past two decades, medicine has been a profession in retreat, plagued by bureaucracy, by loss of autonomy, by diminished prestige, and by deep personal dissatisfaction. These ills would be bad enough by themselves. But another malady confronts us — the sagging of our professionalism.

Medical professionalism defies precise definition. Fundamentally, however, it boils down to service in the patient's best interest. Among its central elements are (1) commitment to excellence; (2) altruism, with service before self-interest; (3) avoidance of harm; (4) trustworthiness; (5) pursuit of truth based on scientific and humanistic criteria; (6) close cooperation with others in the health care field; and (7) humility. [2]

In this essay, I address our sagging professionalism and offer my thoughts on its clinical manifestations, consequences, causes, and cures.

Clinical Manifestations and Consequences
To me, the most common, and yet most subtle expression of betrayed professionalism is serving ourselves before serving our patients. By doing so, we sacrifice the very core of doctoring humanism. And as a result, the patient-physician bond becomes weakened-or never even forms. Additional manifestations include abuse of power, arrogance, lack of conscientiousness, and conflicts of interest. [3] Certain other types of behavior deserve special attention because they are sometimes interpretable as being dishonest. [4] Failure to take charge is a common example. In such cases, the attending physician shirks his or her responsibility, deferring to an army of consultants, each managing a part of the body with no one managing the whole. [5] Buck-passing frequently leads to a host of ill-advised activities — more consultations, inappropriate testing, undocumented diagnoses, over-prescribing of medications, uncalled-for procedures, needlessly prolonged hospitalizations, and unnecessary office visits. The consultants in these cases commonly shirk their responsibility as well. Although ideally positioned to halt this medical merry-go-round, they ride it instead. Moreover, those with a "gimmick" use it, even when they know it isn't indicated. And let us not forget the fraudulent reimbursement claims to Medicaid and Medicare or those physicians who, attracted by remuneration and perhaps by a desire for public recognition, serve as expert witnesses even though they clearly are not qualified for the role.

Causes
Clearly, numerous factors contribute to our sagging professionalism. Heading the list in my opinion is a change in society's overall priorities and values. Old-fashioned hard work, devotion to duty, and pursuit of excellence have taken a back seat to an emphasis on limited work hours and quests for financial and other types of personal gains. As a result, people at all levels — including many physicians — are satisfied with mediocrity. In fact, mediocrity has become the standard. Given this environment, no wonder our professionalism sags.

External forces largely beyond our control also play a role. Examples are the myriad constraints imposed by insurance companies, the incessant pressures resulting from federally mandated regulations, the glut of "for-profit-not-for-patient" hospital administrators, the lawsuits lurking around every corner, and the reams of paperwork required. Attending to these various demands cuts deeply into the time we could otherwise spend attending to our patients. And complicating the picture are human frailties; especially ignorance, greed, fear of being wrong, and the need for aggrandizement.

Cures
Can we remedy our sagging professionalism? Only insofar as we are willing to be role models of integrity and honesty for each other. Only if we show commitment compassion, competence, candor, and common sense. Only if we understand and believe that medicine is a calling, not a business. Only if we strive diligently to restore, preserve, and promote the human element in medicine. Only if we look at, listen to, and talk with our patients, working as hard and as long as it takes to ensure their welfare. Only if we always put our patients first.

Final Thought
I leave the reader with a quotation from Bela Schick (1877-1967), renowned Hungarian pediatrician and bacteriologist: "First, the patient, second the patient, third the patient, fourth the patient, fifth the patient, and then maybe comes science. We first do everything for the patient." [6] Not only do his words capture the essence of this essay, but they serve to remind us of the ruling principle of our profession.

Dr. Fred is a Professor, Department of Internal Medicine The University of Texas Health Science Center at Houston. He received the American College of Physicians Distinguished Teacher Award for 2004. The Board thanks Dr. Fred for providing this essay.


Posted by Morley Evans at 4:48 AM No comments:

Here's an excerpt from an article in Counterpunch that surprised me.

Would they ban an activity if the injury and death rate affected more than 30% of the participants, Counterpunch asks?

Bull fighting has been banned in Barcelona, Spain and Fox Hunting has been banned in England where 100% of the animals die. Yet abattoirs remain in business. Boxing is surely more dangerous than football. Boxing is dying out because no one wants to watch it anymore. Fight fans are watching Unlimited Fighting now. (I'm not.) Bull fighting has died for the same reason. It's not considered highbrow anymore. Fox hunting is very expensive. Few can afford it. It is not televised. Football is very popular. It is ideal for television. Football makes billions of dollars so it's safe for now. Americans kill over 40,000 people a year on the highways. They are not going to ban cars either.

It will surprise many to learn that, around the turn of the 20th century, banning the game of football was not out of the question. In 1905, the public outcry over the stunning brutality of the sport had reached the point where President Theodore Roosevelt himself felt it necessary to intervene. Accordingly, he summoned the football coaches and staff of Harvard, Yale and Princeton University, and challenged them to come up with ways of making the game safer. How brutal was football, circa 1905? It was brutal enough to have become a national scandal. Incredibly, in that year alone, 18 high school and college players died from injuries. The Washington Post  reported that from 1900 to 1905, inclusive, at least 45 football players had died from injuries sustained during games. The following is taken from the Post, October 15, 1905: “Nearly every death may be traced to ‘unnecessary roughness.’ Picked up unconscious from beneath a mass of other players, it was generally found that the victim had been kicked in the head or stomach, so as to cause internal injuries or concussion of the brain, which, sooner or later, ended life.” The fact that 18 young men died in a single year is staggering enough; that it occurred in high school and college football games, and not at the professional level, where the hardest hitters play the game for money, makes it almost unfathomable. Yet, the death count was so alarming, a lurid cartoon appeared in the Cincinnati Commercial Tribune showing the Grim Reaper straddling a goal post.
Posted by Morley Evans at 2:55 PM No comments: